Miracles of the Wonder Plant – Moringa 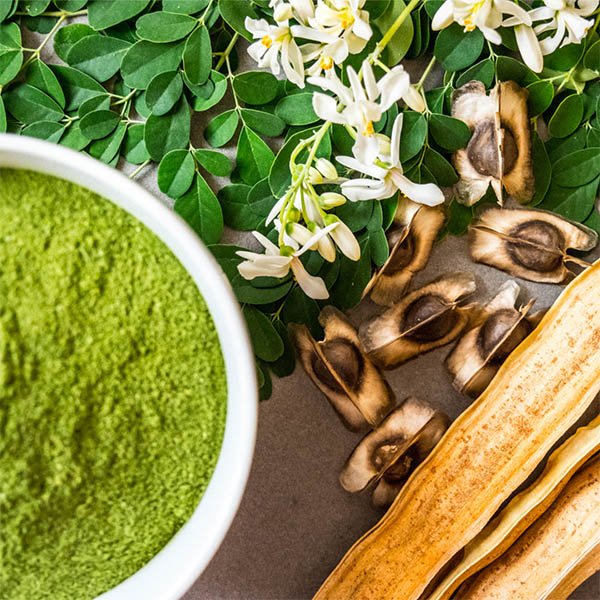 Diseases are on the rise since the advent of life on earth. Procuring a defensive mechanism is a challenge for science. Plants are a boon to mankind. They are explored, researched and exploited to combat various dreadful diseases. But sometimes, we tend to overlook what is right in front of us because we are made to believe that we can only achieve success through hard work.

The miracles of the wonder plant, Moringa oleifera has always been overlooked by scientists, for ages. This plant, known as “horseradish tree” or “drumstick tree” or “shojne gaachh,” that is native to India, is one of the most useful trees with enormous benefits, claiming to cure more than 300 diseases and making it nature’s medicine cabinet.

The plant parts (from seed to its fruit) are used in folk medicine for many human health care purposes including diabetes, wound healing, disinfectant, fever, constipation, muscle pains, slimness, burns, labor pain, hypertension, malaria, stomach disorder, asthma, skin problems, and to expel a retained placenta. In addition to its medicinal values, Moringa has cultural, spiritual, and religious connections with the native people of Arabian Peninsula. The plant parts were tested for many pharmacological activities like antioxidant, anti-microbial, anti-diabetic, anti-spasmodic, hypertension, hepatotoxicity, lipid lowering activity, anti-inflammatory, anti-cancer, and memory disorders. Moringa and its healing potential were documented for the first time around 5000 years ago in Vedic literature in India.

In folk medicine, the leaf extract is rubbed over skin to treat paralysis and skin rashes. The pod oil is used to treat convulsions or infantile paralysis in the northern regions of Oman. Its seeds are most commonly used to control diabetes in the Sultanate of Oman. It is also effectively used for the diabetes related symptoms such as hyperlipidemia and hyperglycemia in the Indian sub-continent. The young leaves are used traditionally in folk medicine as antioxidant and wound healing in Arab countries. The bark juice is also used as disinfectant and to treat fever, headache, constipation, back and muscle pains, slimness, burns and labor pain. The leaves are used for wound healing and seeds are used for abdominal pain. The roots and leaves are mixed together with water and used to treat hypertension, malaria, asthma, stomach disorders, diabetes, and to expel a retained placenta.

Traditionally, the oil of this plant is used to treat skin problems such as freckles, itches, and scabies. In addition to their medicinal importance, it has significant nutritional significance. The young leaves are used as a vegetable. The immature seeds are consumed in India and mature seeds are taken either roasted or fried in Malawi. In traditional herbal medication, the seeds are used as anti-malnutrition. Locally, the leaves of the plant are used in flavouring meat during smoked meat (tanour) preparation. This traditional practice is still done by the native people of the UAE.

This plant is easily available, low cost and can be included in our regular diet in different forms such as in powder form in smoothies, porridges or curries and even in cookies and cakes.

So, here’s a new version of the famous quote of the Greek physician Hippocrates, “Let food be thy medicine and let medicine be thy food” –

Stay safe. Eat healthy and always be a foodie.