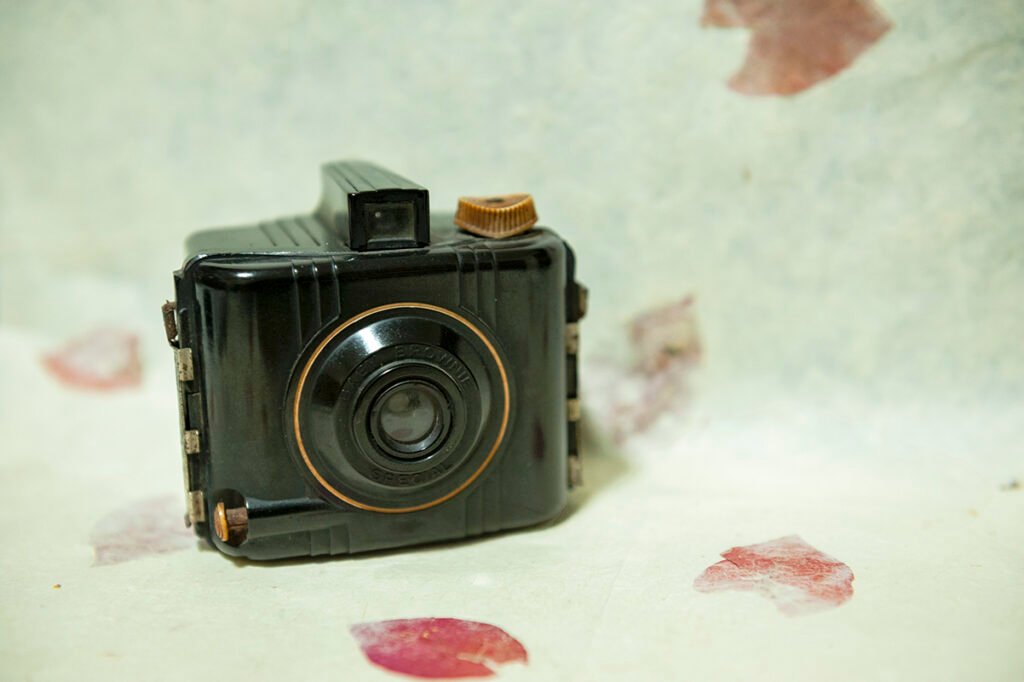 A narrow room led to another very dark room on the terrace of my Dadu’s (maternal grandfather) house. It always aroused our curiosity. The elders would tell us it was a dark room. Obviously, it was a dark room! – we would think. But why was it so dark? Well! For one, it didn’t have any window. It also served as a ‘dark room’ for developing photographs for Dadu and his brother. Though they were an engineer and a doctor by profession, they were passionate about photography. By the time we were born, however, they had stopped taking photographs. The room has remained in darkness ever since.

In 1955, Dadu brought back a Baby Brownie Special for my 18-year old mother and a box camera for my aunt, from his annual trip to the UK. Ma kept her camera with her, even after it had stopped working. My earliest memories of cameras go back to this and my father’s Yashica 635 with its Zenith tripod. 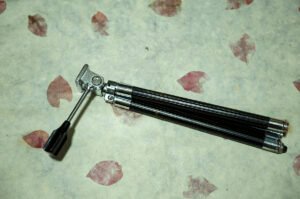 I used to think the Baby Brownie was for babies. I never saw it being used. Ma always kept it carefully in its small leather bag. It was a workhorse in its heydays, introduced by the Eastman Kodak Corporation in September 1939, priced at $1.25. It was one of the first instant shot cameras.

Baba’s Yashica, bought in 1960, was more high-end than this. Being a mariner, he had easy access to coloured film rolls. Hence, many of our childhood photos were in colour. During the 1960s and 70s, US photo labs would gift a free roll if 35 of 36 exposures exposed perfectly. So, Baba took time to compose and aim for a perfect photo and a free film roll. Often by the time he clicked, one of us would blink and get scolded by him. With analog cameras and film rolls, photographers had to be sure of every aspect before pressing the shutter, unlike our DSLRs and mobile phone cameras. Baba tried to teach us these aspects, but I didn’t understand aperture and shutter speed then. My sister was better at it. When the Yashica’s flash was becoming defunct in the late 80s, she used to hold the flash button and shutter with both hands and click them together. Thereafter, Baba bought a Nikon F401.

My interest in photography remained latent for years. It was an expensive hobby in those days. It still is, but recurrent costs of film rolls and printing have reduced significantly. I ventured into photography around 2008. The Baby Brownie is still with me. The Yashica was sold off before I could keep it with me. I still have the Zenith tripod. To me, they are more expensive than my Nikon D700 with which I had clicked this photo in a lift. This image reflects my life as a photographer – snatching shots in midst of chaos with hardly any time to think and compose. Always on the run. 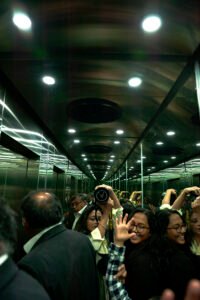 Snatching shots – my life as a photographer