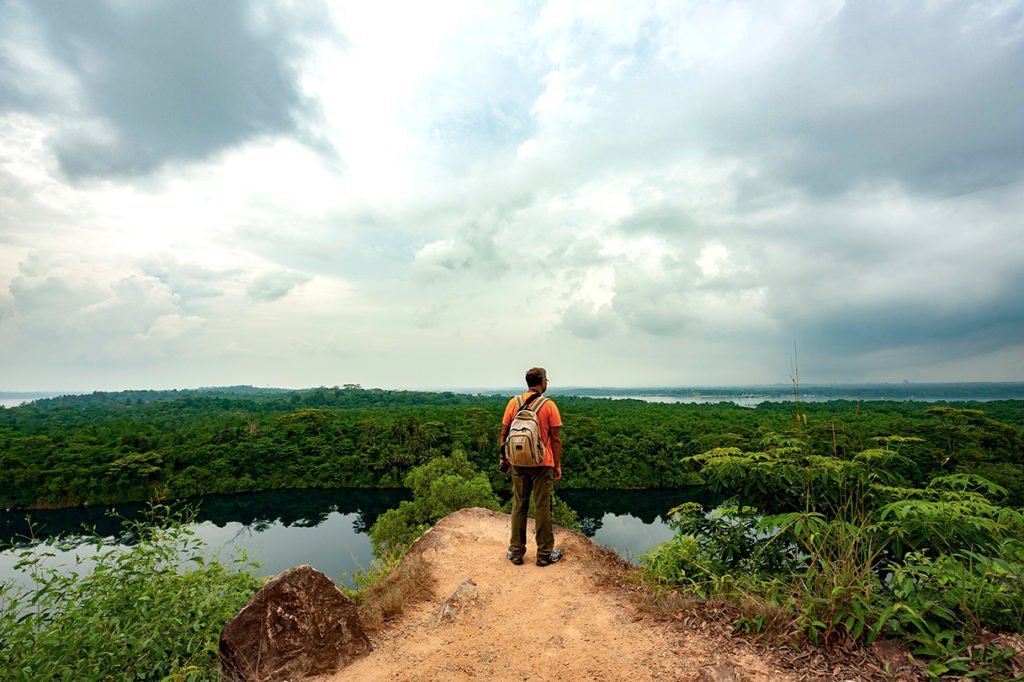 A few miles north-east of concrete Singapore, lies the natural island of  Pulau Ubin – the last real village in Singapore. An affordable 10-min ride in a bumboat from the Changi Ferry Terminal will take you to this quirky and rustic destination. The weather is hot and humid, so take along insect repellants, a sunscreen lotion, raincoat and well-charged mobile phones and power banks. It is possible to roam 3/4ths of the island in 8 to 9 hours.

Legend says that a frog, a pig and an elephant from Singapore challenged each other to a race to reach the shores of Johor. If they failed, they would turn to stone. All three failed. So, the elephant and pig together turned into two islands separated by Sungei Besar. These two were later joined through human activities, like prawn farming, to form Pulau Ubin. The frog became Pulau Sekudu or Frog Island. 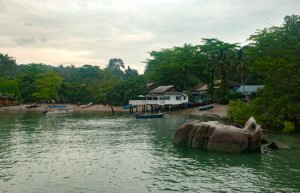 A thriving Malay community first settled here in the 1880s. In  Malay, Pulau Ubin  means “Granite Island”, which explains the 5 abandoned granite quarries.  The 1960s saw the British use granite from the quarries to build the  Horsburgh Lighthouse and the Singapore-Johor Causeway. By the 1970s, the quarries in Pulau Ubin, namely, Balai, Kekek, Ketam, Pekan and Ubin Quarries were closed down. Vegetation or water have since given a welcome green makeover to these quarries. 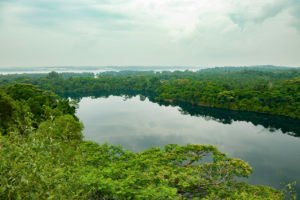 The Ubin quarry is visible from the Puaka Hill, which is the highest point of the island at 74 metres above sea level. The Balai Quarry is one of the most picturesque quarries of Ubin.

Since cars are not permitted on the island, hiring cycles, mountain bikes or walking are the only options of touring. There is an information centre, strategically placed maps and bike rental outlets, near the jetty. You can also go kayaking around the mangroves and fish in the ponds. You may spot a hornbill – the national bird, some wild pigs or monitor lizards, near the coconut trees and the papyrus-fringed beautiful Lotus Pond. 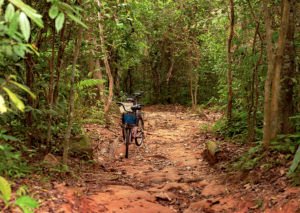 Cycles can be hired to tour Ubin

Between 1950-1970, the island was mostly occupied by the Chinese, followed by the Malays and some Indians. The founding community was, however, the Malays who settled there in the 1880s. The wooden houses, including that of the Village Head, and jetties of the island bear testimony to the Malay-Chinese village life. 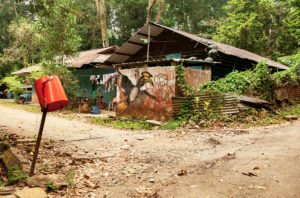 From around 2,000 inhabitants, the population has now dwindled to around 35. Many moved out after the quarries were shut down. Many more shifted to the mainland when the Singapore government mandated poultry farming in government-approved farms, following the outbreak of bird-flu.

Some friendly Malay families have remained, who visit the mainland occasionally but prefer to return to the island’s untouched and relaxed lifestyle. 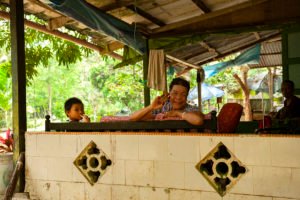 Pulau Ubin’s story cannot be without the mention of its oldest inhabitant, Ahmad, who can still build a house or dig a well. Ahmad lives in a typical Malay village house. He sells tender coconut water and soft drinks in his premises, to tired tourists. There is one more watering hole with a basic toilet facility, the Ah Ma Drink Stall that is run by Chinese ladies. 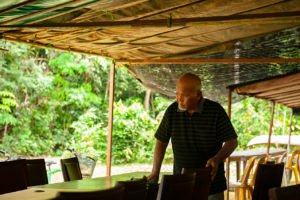 There are quite a few temples along the trekking paths. The most popular being the atmospheric Fo Shan Ting Da Bo Gong temple, located near the Pekan Quarry at the centre of the island. This was the main religious and cultural meeting point during the 1950s and 70s, when quarrying was at its height.

The Chinese Buddhist Temple Wei Tuo Fa Gong is unique as it houses different Chinese gods, and also Hindu gods and Chinese Buddhas. It is visited by Tibetan Buddhists, too. 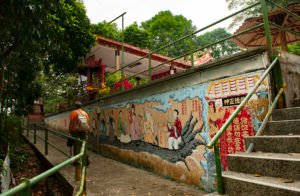 The village Muslim prayer room is a colourful meeting place. 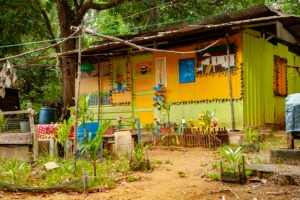 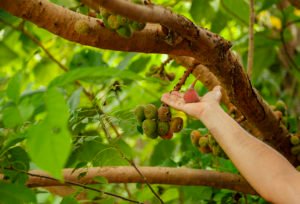 The most interesting part of Pulau Ubin is Chek Jawa, a 1-square-kilometre stretch of intertidal flat at its eastern tip. At the start of a boardwalk is a completely renovated British-built 1930s Tudor style house with a private jetty, addressed as House No.1. This was originally a resort home for the Chief Surveyor Langdon Williams and now, serves as a museum and information centre. 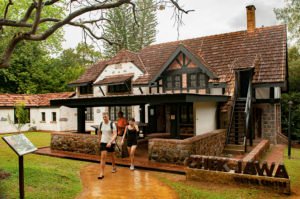 A boardwalk through Chek Jawa at low tide reveals a variety of wildlife species living in the sand and mud. The area has six unique ecological habitats – a coastal forest with Nipa palms, mangroves, sandy beach, sandflats, coral rubble and the tiny island of Pulau Sekudu or Frog Island. The pencil breathing roots of Avicennia, floating seagrass and mud crabs are major attractions for mangrove-lovers. 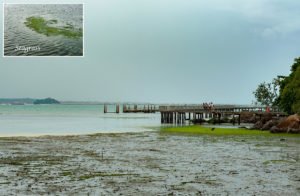 Ubin caters to nature-tourism as well as dark-tourism. There is a part of Ubin that has been marked off-limits as it is said to be haunted. However, graves as old as anthills can be seen in Chinese cemeteries, like the one in Kampung Sungei Tiga.

These well-demarcated Hokkien graves, with headstones and footstones, are still visited and cleaned by the descendants on occasions, most of whom come from the mainland. The typical Hokkien tombs are decorated with Peranakan tiles in Malaya and Singapore. In the late 19th and early 20th century, they were imported from Europe or Japan. The Peranakan Chinese were mostly English-educated and adopted the local Malay culture in their food and dress. They acted as middlemen and were rich enough to afford to decorate their houses and graves with these expensive tiles. 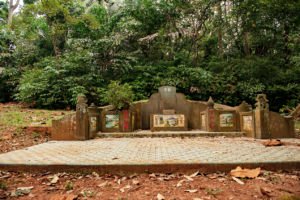 Contrarily, the eerie Muslim graveyards have long been abandoned. Here, the tombs have neither headstones nor footstones. 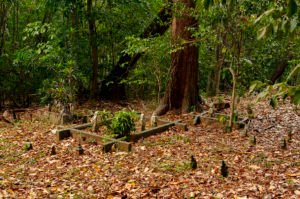 The whole-day trek ends at the picturesque jetty where you can enjoy the sandy beach, sea-green waters and the blue skies, while waiting for the bumboat to take you back to the urban and industrial jungle.