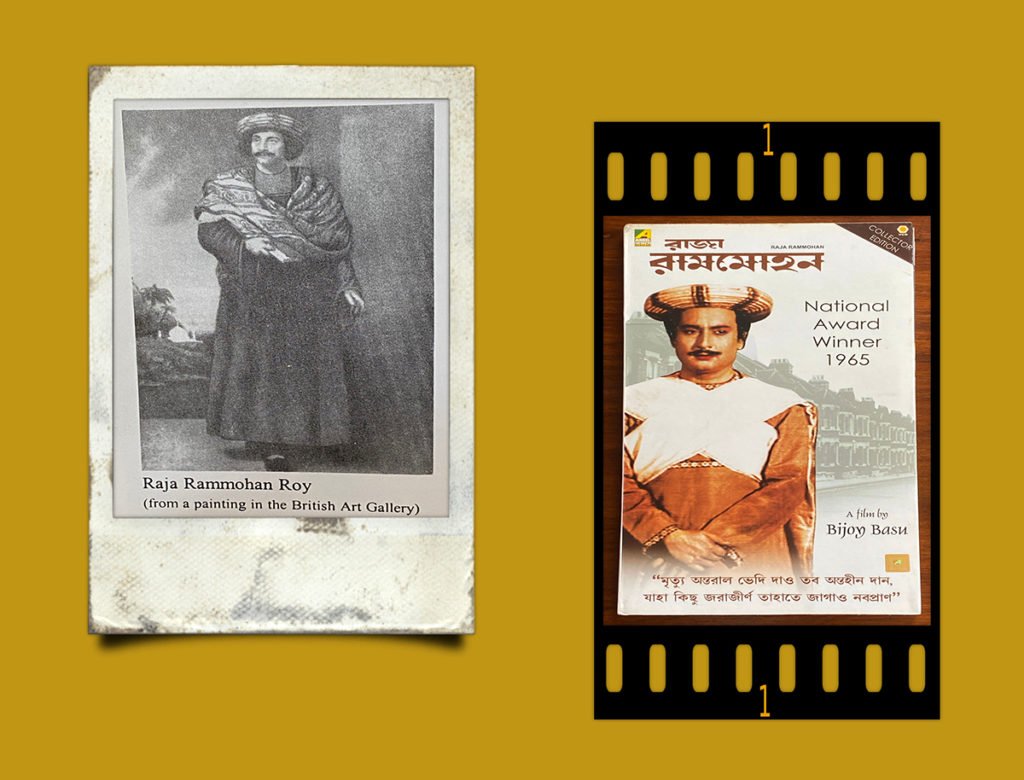 A decrepit mansion. Very few walls remained of the upper floors of the colonial Georgian style architecture. Creepers and banyan trees had taken over most of what remained.

We went past it quite often when we used to live near Amherst Street, in the 70s. It was intriguing – were there ghosts? Whose house was it?

The dilapidated house belonged to Raja Ram Mohan Roy. Our parents told us how he and Ishwar Chandra Vidyasagar had been at the forefront of the 19th century Bengal Renaissance, much like the 16th century European Renaissance. They questioned all orthodox social practices, like the caste system, dowry system and especially those related to women’s education, marriage and sati. 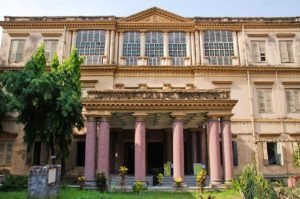 Raja Ram Mohan Roy’s house that is now a museum

I had seen photographs and read books about them. Interestingly, Vidyasagar’s house was a stone’s throw away in a lane opposite Ram Mohan’s. Raja Ram Mohan Roy stood out for his headgear. Vidyasagar, on the other hand, wore a plain chador (shawl) and had the broadest of foreheads that I had ever seen.

Ram Mohan Roy was born on 22nd May 1772 in Radhanagar village, Murshidabad, West Bengal. He is called the ‘Father of the Bengal Renaissance’, as well as ‘Father of Modern India’. He was proficient in many languages, like Sanskrit, Persian, Arabic, Urdu and English. He had read the Vedas, the Upanishads, the Quran and the Bible. He was influenced by European politics and the French Revolution. He established a number of schools and was one of the founders of the Presidency College, Kolkata. He also helped set up the Scottish Church College, Kolkata.

Ram Mohan Roy was instrumental in ending the practice of Sati. He fought against child marriage and demanded widow re-marriage and property inheritance rights for women in India. He founded the Brahmo Sabha in 1828, with Debendranath Tagore (Rabindranath Tagore’s father). It was a socio-religious reform movement that paved the way for modern India.

In 1830, Akbar II, the ruling Mughal Emperor, bestowed the title of Raja on Ram Mohan Roy when he sent the latter to England as his envoy. Ram Mohan Roy successfully petitioned to King William IV, to increase the emperor’s allowance and perquisites to £30,000. The main reason for his going to England was to ensure that Lord William Bentinck’s Bengal Sati Regulation Act was not invalidated.

Though he was successful in both his missions, he could not return to his beloved motherland, for whose reforms he fought so hard. He breathed his last in Bristol on 27th September 1833, following an attack of Meningitis. 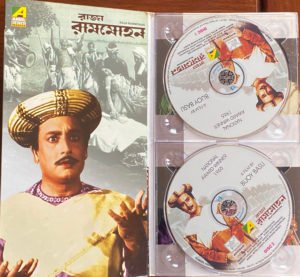 Video CDs of the film Raja Rammohan. A scene depicting the practice of Sati, in the background

This illustrious personality was, however, brought to life to me by Doordarshan. In a film named Raja Rammohan, enacted by Basanta Choudhury. I understood the man better. I now knew the name of his headgear – shamla – and his coat with opening on the right side was called choga or angrakha.

The mansion now had stories to tell me. Raja Ram Mohan Roy bought the house from Francis Mendes in 1815, at Rs 13,000/-. The Brahma Samaj used to hold their meetings here. His two sons lived here, too.

I wanted to expose my children to this renowned figure. So, I got comics of the Amar Chitra Katha series and the VCDs of the movie. Last winter, I wanted to show them the Simla House, which has since been renovated by the Ram Mohan College and been turned into a museum. It has many books, paintings and memorabilia, even a replica of his death mask that was originally brought from Bristol. Unfortunately, though we did manage to visit Vidyasagar’s house, the Ram Mohan museum had already closed for the day. It is usually open from Tuesday to Sunday, 11:00 AM to 4:30 PM, and is a must visit for history buffs.

I was glad that the ruins had been renovated but true to our apathy towards heritage, I read an article last year that had reported theft of valuable items, including handles of doors and windows. Will we ever learn to value our inheritance?