The Lyrical Waters of Bengal 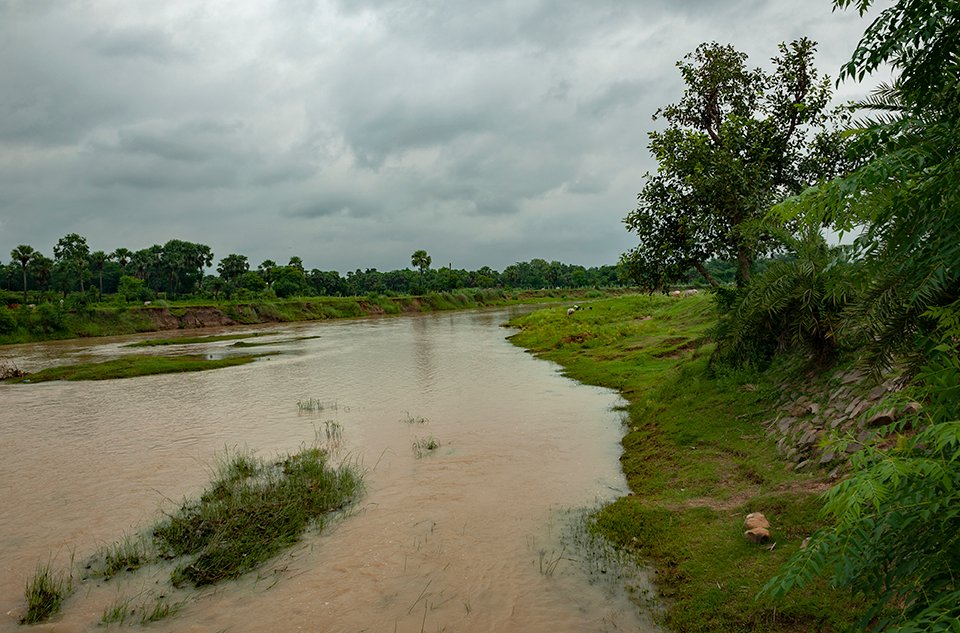 I have always thought that out of the five elements, water is the most aesthetically appealing. I love to sit in solitude by the beach, watching the waves lapping the seashore. I love the fragrance of raindrops on the parched earth. I love the comforting sound of running water. 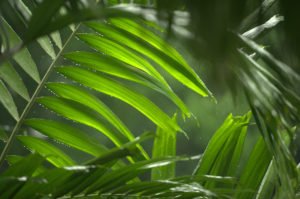 Water means different things to different people. To most, it means life and sustenance, to some it means a romantic day with the slight drizzle of a shower. Writers have portrayed various aspects of water in their works – some as a part of their backdrop, or sometimes as a constant companion of the characters themselves. A river, the sea, a raindrop, the monsoon – the list is endless.

Bengal, being a land of rivers, has always fascinated writers, poets and film-makers and inspired them to use water images. Rivers have found a way inevitably into the works of The Bengal Bard, Rabindranath Tagore. Whether it is the lucid Amader Choto Nodi, a poem I read when I was a mere child, or even the subtle river imagery in the poem Shonar Tori, he seems to have had a water imagery for every experience, from ecstasy, to hope, to despair, to spirituality. 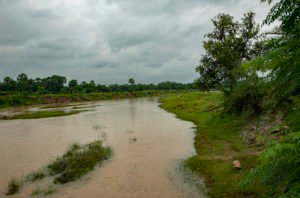 The significance of ‘jolo dao’ to quench Ananda’s thirst in Chandalika, cannot be overlooked. Gurudev’s songs for Borsha, his favourite season, are some of the most striking ones. ‘Shawana gaganey ghor ghanghata’ on a cloudy monsoon day evokes so many memories for each of us. Not surprisingly, some of his best works were when he was travelling on a river.

Some of the many images that stay with us are from the movie Satyajit Ray’s Pather Panchali. An image that has remained etched in my mind is that of the children celebrating their innocence in the pouring rain. 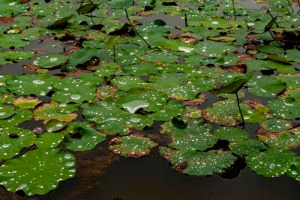 Water is life, a necessity… it is wondrous. It provides livelihood, yet it is also a bearer of bad news, a threat. Durga gets drenched in the monsoon showers and has a fever which proves to be fatal. After her death, Apu throws the necklace Durga had stolen, into a pond…which hides their secret forever in its depths.

Bibhutibhushan’s Icchamati told the tale of a life along the river, flowing and meandering … a symbol for time and eternity. Reading Jibananando’s evocative poetry, I remember the countless images of Bengal’s rivers and lush greenery. Ritwik Ghatak’s movie Titas ekti nadir naam made its mark on my impressionable mind with its omnipresent river… almost a character, a metaphor. 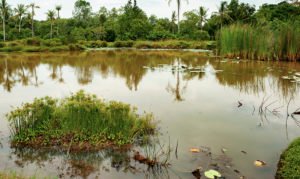 In recent times, Amitava Ghosh’s The Hungry Tide is one of the novels which took me back to the eco-system of the watery mangroves of the Sunderbans. Ghosh uses water as a metaphor for social change. Water is both an emblematic and a literal image in the novel.

Music is my second love … after books. There too, I find melodies of water, rivers and rain everywhere. Though an Assamese, Bhupen Hazarika’s songs ‘Ganga amar maa, Padma amar maa’ and ‘Bistirno dupare’, are an integral part of my childhood days when the LPs were played on the gramophone.

In fact, the radio playing the Bhatiyali folk songs is another memory that I associate with growing up in Kolkata. These river songs were sung by the fisherman as they went downstream. I remember my parents eulogising singer Abbas Uddin’s “Amay dubaili re, amay bhashaili re“ and listening to Manna Dey’s rendition of the same. 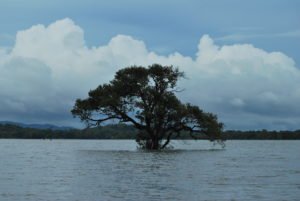 Growing up in riverine Bengal meant that rivers, heavy monsoon showers, ponds and lakes were an integral part of our lives. We were surrounded by the vibrant images in literature, music, movies. These are some of the most unforgettable and lingering images in my mind. What are yours?