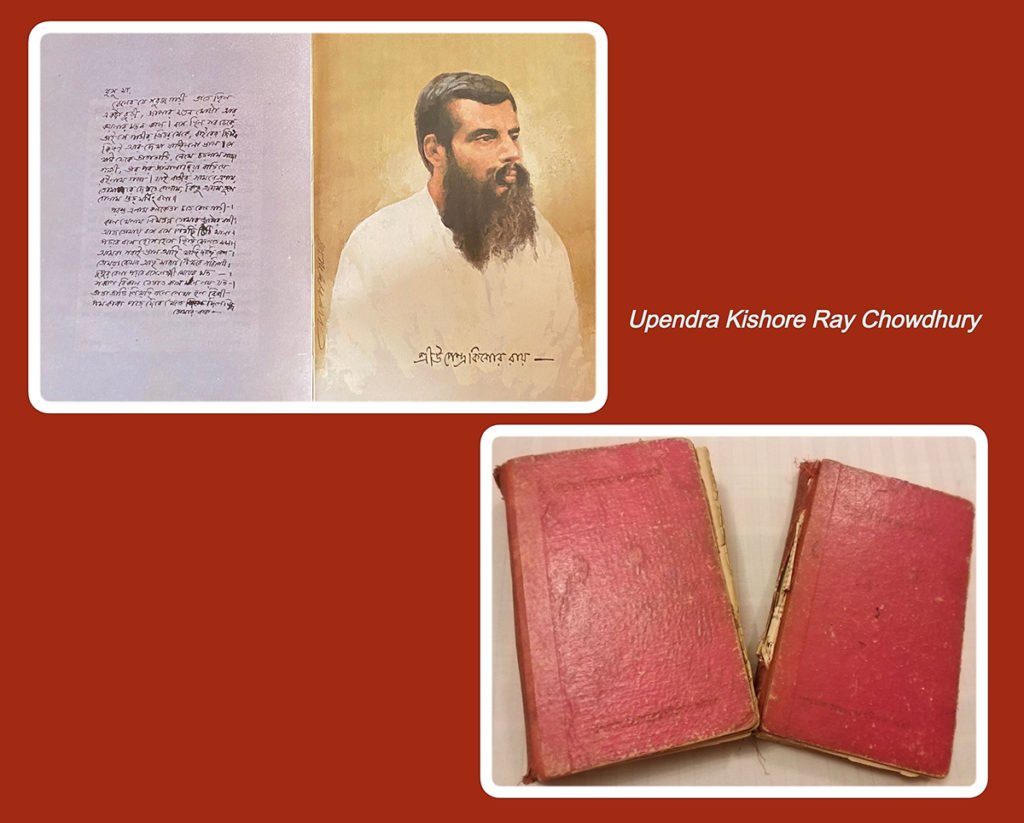 It was my 10th birthday. A big affair. I was quite excited from the moment I opened my eyes, for obvious reasons. That excitement doubled-tripled-quadrupled when I saw the gifts in the evening. Everyone knew I loved reading. So, at the end of the awesome birthday party, I was about 50 books richer! And out of all the books, sticking out like a sore thumb, were two red, hard-bound books with the name of the books printed in gold. Also, they were the fattest of the lot. So, I grabbed them and saw the names- Upendrakishore Rachana Samagra– and I was hooked. 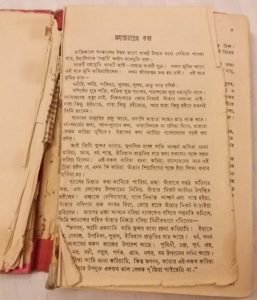 43 years later, I still read out stories from the two volumes to my students. These two books were like lifelines to me. They were actually fillers in-between books! Yes, even today, I sometimes take out the worn out, faded, torn books and read. I love Upendra Kishore Ray Chowdhury’s writings. I first got to know about the Puranas (Puraner Golpo), the legends and myths of India (Mahabharater Katha), the Ramayana (Chhotoder Ramayan) and the Mahabharata (Chheleder Mahabharat) from his writings. And the stories were so enjoyable. Tuntunir Boi (about a tailorbird and its feats), stories about the jackal, the tiger and the crocodile, fairy tales, simple folklore and also science articles were the variety of literary works written, as well as illustrated, by him. I knew them all by heart. 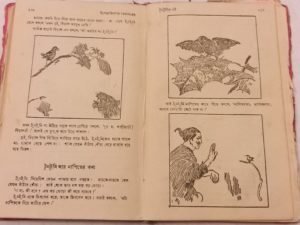 Goopy Gyne Bagha Byne was a famous movie made by Upendra Kishore’s renowned grandson, Satyajit Ray. The movie had released when I was very young. I remember I felt terrified by the two villainous characters – Mantri and Barfi. I started liking, rather loving, the film only after I read the original story, which was written by Upendra Kishore. The film is slightly different from the story. But, it is still, after so many years, equally enjoyable for today’s children. 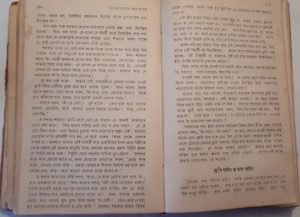 Born on May 12th 1863, Upendra Kishore Ray Chowdhury pioneered the art of engraving and colour printing in India. Modern block printing was introduced by him for the first time in South Asia. He imported books, equipment and chemicals from Britain for his printing press, so that his prints were perfect. Published in Britain, his technical articles gained popularity for being original. His printing press, U. Ray & Sons, was founded in 1914 at 100, Garpar Road, his residence. A huge signboard, mounted over the main door at the front of the house, displayed – 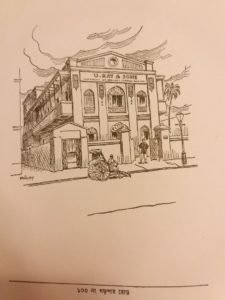 A popular children’s magazine, Sandesh, was printed in colour at this press. It was the first of its kind.

As well as being well-versed in English and Persian, Upendra Kishore was also knowledgeable about Indian music. He wrote two books on music in Bengali, Sahaj Behala Shiksha on the easy methods of playing violin, being one of them.

He wrote a book on the geological history of the earth and prehistoric animals, named Shekaler Katha. He even touched upon astronomy in Aakasher Katha. The vast expanse of his knowledge really surprises me.

Only two years younger than the Nobel Laureate Rabindranath Tagore, Upendra Kishore Ray Chowdhury did not live long to see his dreams flourish. In December 1915, at the age of 52, this great Bengali personality breathed his last, but left behind a lineage of great men. His son Sukumar Ray still remains unparalleled in the field of Bengali limericks, grandson Satyajit Ray needs no introduction, and great grandson Sandip Ray has continued to keep the family flag flying high.

Salute to this illustrious, yet not much appreciated, Bengali writer, poet, illustrator and printer!

On the occasion of Upendra Kishore Ray Chowdhury’s birth anniversary